Ashley is a sweet bride from Texas who married Garrett
at the Seville Golf Course in December 2014.
Their romantic ceremony was filled with many ethereal touches and
captures the essence of their love story perfectly.
Read more about the their special day below! 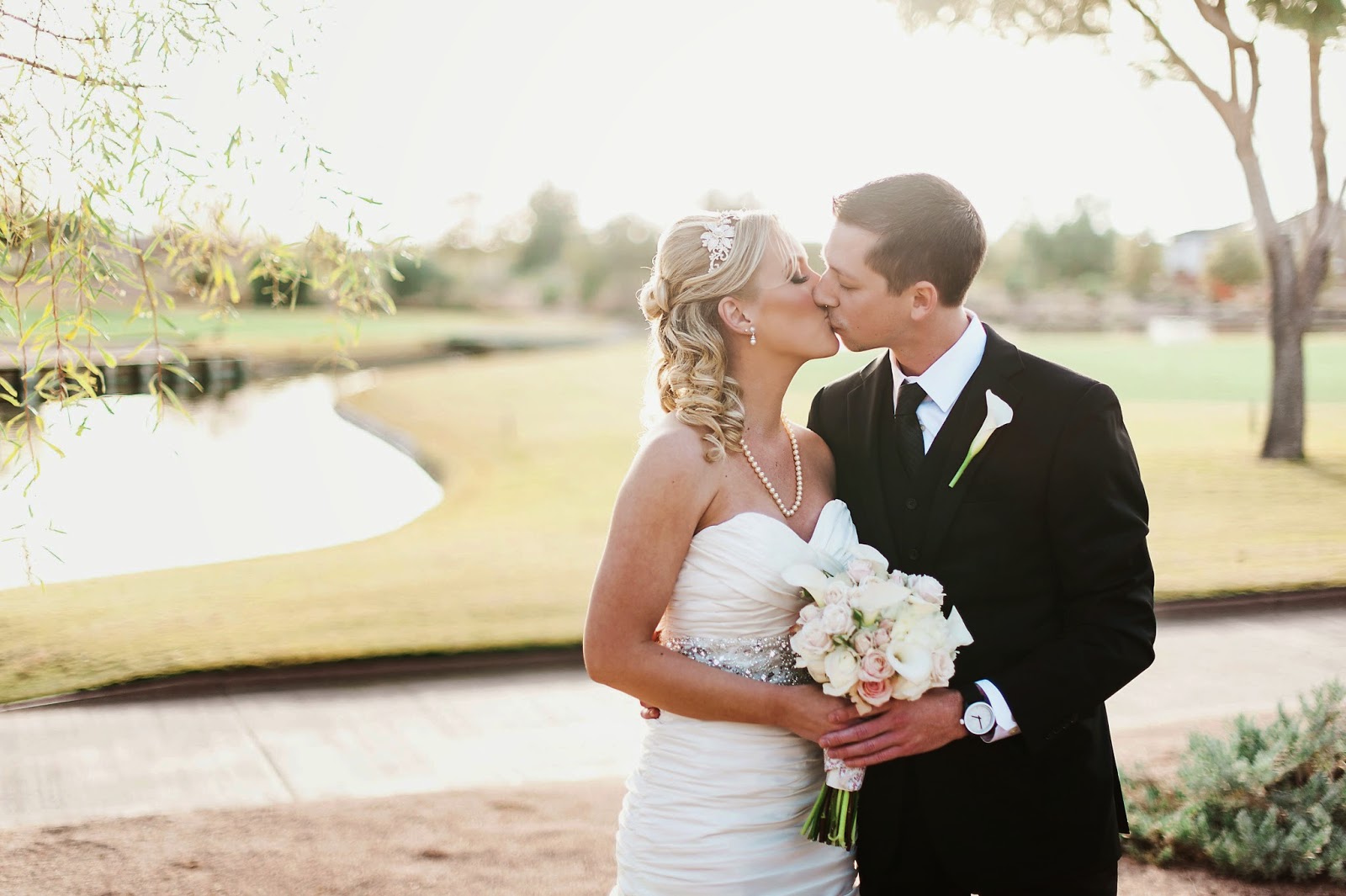 How did you and your groom meet?
The weekend after I graduated high school, a mutual friend of ours threw a graduation party for all of us. Garrett happened to be on leave from the Coast Guard and in Arizona at the time and decided to drop by to see his old friend. Our friend introduced us and we hit it off immediately. From that day forward we became really good friends and that friendship eventually turned into a wonderful relationship.
We are dying to know, how did he propose?!
We had planned a San Antonio weekend with some good friends of ours. On the second night, Garrett managed to get one of the Cinderella horse drawn carriages to take us on a ride through some of the historical sections of the San Antonio Riverwalk (seeing as I am a big history buff and love that kind of stuff). He had the carriage stop in front of the church that President Johnson married his wife in, under the rouse that we were going to get out and take pictures. He pretended to trip out of the carriage when getting out and turned around on one knee with my ring in his hand. After 6 years of being together, he still managed to completely surprise me and our good friends (who ended up being our witnesses at our wedding) were there to capture the whole thing for us.